Adyllkuzz: Money on Your Computer You Can Never Get

Adyllkuzz is a cryptocurrency mining software that stealthily installs on your computer undetected, using the same NSA-Leaked exploit as the recent global ransomware attacks. Maintaining current software is one way you can prevent malware injection on your computer. 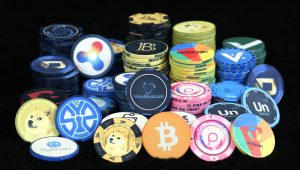 Looks like you’re probably gonna be safe from ransomware on this one. But it’s always good to know about the cyber security threats out there. Another cyber threat based on the same EternalBlue exploit as WannaCry, Adyllkuzz Cryptocurrency Miner is probably not going to cause you millions of dollars of loss, but it could cause your computer to slow down, so much that it could even cause overheating and file loss. And this isn’t your typical “Is your Mac too Slow?” Google Ad file sweeper. It’s a hidden mining program, which will sap serious power from your PC.

Let’s remind ourselves what it takes to mine cryptocurrency, and let’s remind ourselves what even is cryptocurrency. Cryptocurrency is a kind of digital money, a digital currency that can be used as payment for anything online. Due to its encryption of every monetary unit and every transaction, it is secure and untraceable. The most common type is known as Bitcoin, which you’ve probably heard about, especially since it recently just hit its highest value in history, more than $2200USD.

Now, to mine (or find/create) cryptocurrency, a special program is required to compute a special algorithm that can verify the genuineness of the 64-digit address (basically, you need to find a really long answer to the algorithm). Depending on how they are mined, it can use a lot of CPU, or use the GPU (graphical processing unit). Either way, it is a serious sap on any computer and requires a lot of power. It’s possible to install a program on a personal computer, but it kills the performance and doesn’t allow for much mining anyways.

The funny part about Adyllkuzz is that it doesn’t mine Bitcoins, rather, it mines for Monero, a less popular but growing cryptocurrency. Almost makes you wish it was mining Bitcoins, maybe you could take over and find some spare change waiting for you. Maybe not, but wouldn’t it be nice that instead of charging you a ransom for your files, hackers paid you?

The unfortunately non-lucrative threat uses the EternalBlue exploit to attack a computer, and a known mining program called cpuminer is then installed on the user’s computer. Unbeknownst to the user, it secretly begins to act as a part of a farm of miners for the hackers. Thankfully, as of now, it doesn’t automatically spread to other machines in a network, like WannaCry did. Targets, however, can be manually found using the same methods as the infamous ransomware (finding open Microsoft Server Message Block ports that are exposed on the internet).

It is not ransomware, so you can still run other programs and use your computer as you had before. Actually, besides the fact that your computer should be slowed down to a crawl, other programs aren’t being reported as being affected. I guess if you weren’t able to notice the difference, you wouldn’t have a problem with the attack. You might never figure it out. Hopefully, you would. Actually, hopefully, you wouldn’t get it, because many security companies have announced that they now provide protection from Adyllkuzz with their regular antivirus software. It appears that you will be safe from Monero mining, as long as you take a few easy precautions. Find out what else you can do here.