Can You Get the Same Security as Wimbledon?

Watson for Cyber Security is a question-answering computer that can communicate in natural language. It’s currently being showcased as part of the security team for the Wimbledon Tennis Tournament. But does a talking computer really replace a cyber security team? 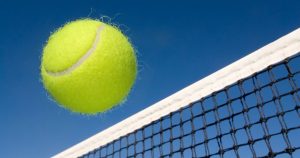 Tennis is a popular sport, in fact, the 4th most popular sport in the world. It has more than a billion fans, and generates billions in revenue. One of the most popular and prestigious tournaments in tennis is The Championships, Wimbledon, or simply Wimbledon. It’s held in the UK, at the All England Lawn Tennis and Croquet Club. And this year, IBM has brought cybersecurity to the court.

IBM is developing a computer known as Watson, which is a question-answering machine that is designed to speak in natural language, communicating effectively with humans. It works by accessing large volumes of data and comparing sources to determine an answer. It was tested on Jeopardy!, against former winners Brad Rutter and Ken Jennings, and consistently performed better, and won the game.

Further testing is ongoing, and in a very public turn of events, IBM is using Watson to help thwart cyber security threats toward Wimbledon, their system, and their website. Cyber security is quickly becoming one of the greatest threats to the tournament, and the full time IT security team is implementing the question-answering tools of Watson to combat cyber threats.

Wikipedia breaks down the knowledge base of Watson as” encyclopedias, dictionaries, thesauri, newswire articles, and literary works. Watson also used databases, taxonomies, and ontologies. Specifically, DBPedia, WordNet, and Yago were used. The IBM team provided Watson with millions of documents, including dictionaries, encyclopedias, and other reference material that it could use to build its knowledge.” It uses more than 4 terabytes of data to find answers.

Cyber security is one of the fastest growing industries in the world. It accrues billions of dollars in revenue each year. However, it has to play catch up constantly to the cyber crime industry, which is projected to cost the world $6 trillion by 2021. The most popular tennis tournament has a heavily-trafficked website, especially during this time right before the final matches. As such, robust security is required to ensure that nothing happens that could disable or hack Wimbledon’s system, which could cost them millions of dollars.

The site saw a 302% increase in security breach attempts against the website last year during the tournament, and this is only expected to increase this year. That’s why they have implemented Watson as part of their cyber security team. Its purpose is to assist the security analysts in rapidly determining threats and mitigating them. It also prioritizes threats, allowing analysts to focus on what’s most important first.

No matter what happens, it’s good publicity for IBM, the official technology sponsor of Wimbledon for the past 28 years. Not all of us are lucky enough to have a sponsor to take care of our cyber security, but we still can get the same security for our businesses. If you are interested in finding out how you can get responsive, proactive cyber security without having to buy a $3 million dollar talking computer, check out Fibernet’s managed security services here.