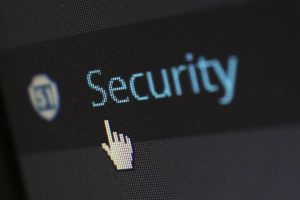 In today’s digital culture, being aware of potential entry points for hackers is a critical part of defending against cyber threats. After all, knowing is half the battle. With that in mind, we’ve put together this list to highlight the primary weaknesses hackers exploit to gain access to your system. After reading this list, you’ll know what you need to protect.

“Privileges” (sometimes called “permissions”) is the word that’s used by the tech industry to indicate what a user has access to in a computer system. The act of defining who can do what on a system is called “access control.” Ideally, access control works similar to key cards in a secure facility; only the people who need access to secure areas are granted access.

When hackers attack a system, they’re usually trying to grant themselves “root privileges,” which are essentially the master key that unlocks access to everything. Once they have that, there’s no stopping them from taking what they want.

Using access control to keep hackers from escalating their privileges is the first line of defense against system hacking. Access control is achieved in a number of ways:

It’s also important to restrict access to hardware, as mentioned above. With the right skills, access to the device, and enough time, no amount of permission walls will keep a hacker out. So if you have data that’s as valuable as cash, keep it locked up like cash. In other words, physical safety is an important part of cyber safety.

If you can’t keep hackers out, the next best thing is to make what they steal useless. This is done by way of cryptography. Using tools like encryption and hashing, you can deny access to the data that’s stolen, so that it’s nearly impossible to recover for those who didn’t create it. Remember, data needs to be encrypted wherever it’s stored, and whenever it’s been transmitted. If it’s vulnerable at rest or in motion, you risk losing it to a hacker that’s managed to escalate their privileges.

Other tips to improve your encryption include:

When you really boil it down, most everything a hacker does is an attempt to work around access control to escalate privileges. While there are advanced technical methods like buffer overflows and insecure file operations, those things are dealt with by professionals in the industry. What managers and administrators do need to worry about is when hackers behave more like con men.

Social engineering is when hackers attempt to gain access to a system by manipulating a person, rather than a device. The methods of achieving this are numerous. Malware and phishing are popular options—both entail deceiving a user into clicking on a link or downloading a file/program that grants the hacker access.

There are methods even less technical than that, however. Sometimes hackers will call an employee pretending to be a member of the IT team, and trick them into giving them their username and password. These scamming methods depend on the victim demonstrating confidence in the hacker when they pretend to be someone trustworthy.

The keys to avoiding social engineering are education and protocol. First, train employees to recognize when they’re being conned, then establish protocols about how to properly deal with those situations.

If this all seems overwhelming, know that there are experts who can help. If you have any questions about cyber security, or how you can defend your business’s system, contact Fibernet today.