Hotel Hackers Are Going to Steal Your Money

Trump Hotels recently reported their third credit card breach in two years. Unfortunately, they aren’t the only victims. Thousands of hotels across the U.S. are being attacked by hackers looking to steal your payment card information. Read to see how to not become their next victim. 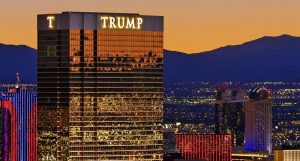 Before Donald J. Trump was President of the United States, he was a business magnate, and president of the Trump Organization, which manages, among other things, Trump Hotels. The Trump International Hotel in Las Vegas is an Icon on the Strip, with its gold windows casting an amber glow on the street. Might as well have been rose-colored glass, because Trump Hotels has not learned their lesson: that cyber security is of utmost importance.

According to KrebsonSecurity.com, Trump Hotels is experiencing its third credit card breach in two years. This most recent breach occurred from August 2016 to March 2017, with at least 13 hotels being affected. Though there are only a few hotels bearing the Trump name that are under the Trump Organization’s ownership, a subsidiary company called Scion Hotels also was included in the breach. Check out this story about a credit card breach at one of the largest movie theater chains in America.

The reason there was a breach was due to a lack of cyber security at Sabre Corp, Inc., a travel technology company. Trump Hotels uses their services as part of their reservations system. As previously mentioned, the breach occurred mostly during the second half of 2016, almost a year ago. It is interesting to note that Trump hotels only recently announced the breach. It’s also interesting to note that they stated they were only notified on June 5, almost two months after the breach was officially mitigated.

Sabre Corp issued this statement in May 2017:

“The unauthorized access has been shut off and there is no evidence of continued unauthorized activity,” reads a brief statement that Sabre sent to affected properties today. “There is no reason to believe that any other Sabre systems beyond SynXis Central Reservations have been affected.”

Perhaps Sabre Corp was unaware of the breach on the Trump system? Maybe the information is incorrect. Either way, if you stayed at a Trump or Scion hotel in 2016, or 2017, your credit card information is at risk, and possible already stolen. In fact, these weren’t the only hotels affected. IHG (Intercontinental Hotel Group), which manages thousands of hotels including the Holiday Inn brand, also experienced the same breach. This breach wasn’t taken care of until April 2017.

Unfortunately, many more hotels have recently been affected by breaches in their point-of-sale systems, from Hilton to Hyatt. Verizon, who releases an annual Data Breach Investigations Report, stated that attacks on hotels and restaurants are “absolutely rampant”. They stated, “Apparently, it is not only The Eagles that are destined for a long stay at the hotel, “The hackers continue to be checked in indefinitely as well.”

What can be done? How can we prevent our payment card information from being stolen when we travel? Should we just call off family vacations, business trips, and instead videoconference the beach or the Big Apple? No! I like traveling too much to give it up. To be safe, always use your chip card. The transaction is much more secure, and your card data is not stored on the system in the same way. You could also pay with cash, but with the cost of a room reaching up to $2000/night or more, it’s probably safer to stick with an electronic form of payment. Find out how you can protect your business better than Trump Hotels could here.