IPv4 Addresses Running Out Worldwide, But IPv6 Adoption Is Growing

Note: If you have the need for speed and nothing is ever fast enough, try Fibernet’s Utopia fiber-optic Internet with incredible speed and unbeatable reliability. Get assistance by calling or chatting with a Fibernet representative right now.

Right now in Vancouver, British Columbia the Internet Engineering Task Force (IETF) is meeting, from July 29th until August 3rd. On Tuesday, the Internet Society (ISOC) hosted a panel discussion about the very important Internet issue: IPv6. On June 6th 2011, IPv6 had its official, World Launch day. The entire technology industry made an effort to convert websites to enable IPv6, to have ISPs turn on the updated protocol for at least one percent of the ISPs' users, and to have home router manufacturers and vendors enable IPv6 on their devices by default. 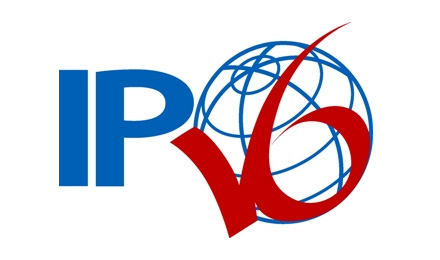 The push to promote and use IPv6 addresses on the Internet isn’t just a fun idea that some network engineers came up with. Quite rapidly, the world is running out of IPv4 addresses. Current rates of IPv4 usage as well as predictions for the future estimate that Europe will be out of IPv4 addresses within the next two to three months. North America has a few years until its IPv4 addresses run out, and unfortunately Asia’s stock of IPv4 addresses is already entirely depleted.

Note: Despite the lack of IPv4 addresses, this really isn’t cause to panic – the Internet will still be there. Get reliable business Internet service so you can always be there for your customers as well.

The chief Internet technology officer of ISOC, Leslie Daigle, said that the World Launch of IPv6 wasn’t about getting rid of IPv4. In fact, most are agreed that that feat won’t happen anytime soon. Rest assured that IPv6 addresses will be accessible for both IPv4 and IPv6 users. Although the big launch already happened, moving IPv6 forward will continue to take collaboration from multiple facets of the industry, and access providers can still get on board with ISOC to help the cause.

ISOC has also been hard at work tracking IPv6 adoption around the world. Mat Ford has been hard at work at that project, as the technology program manager for the society. A sampling of the numbers so far showed over seventeen percent of IPv6 network traffic coming from the French ISP Free, and back on our side of the pond, sixty percent of IPv6 network traffic occurring at Virginia Tech and Louisana State University. There are some networks that still aren’t using IPv6 at all. However, at an overall glance, twenty-five percent of Alexa’s top one thousand websites around the world are using IPv6 addresses in their DNS.

APNIC is the Regional Internet Registry that doles out IP addresses in Asia and the Pacific. George Michaelson from APNIC thought outside of the box to try and gather an accurate representation of how many Internet users are using IPv6. He created an ad to be displayed to many, many users, which then allowed him to look at their IP addresses. He found that .098 percent of Canadian users that viewed his ad were using IPv6 but 1.3 percent of viewers in the United States were using IPv6 addresses. Michaelson’s logical explanation for this was that one or two very large ISPs within a country can inflate the number of IPv6 users for the whole country.

For Comcast, John Brzozowski (chief architect) explained Comcast’s IPv6 plans. Two percent of Comcast are currently using an IPv6 network, and one percent of all Comcast traffic is comprised of IPv6 addresses. However, when the Olympics started last week, the total amount of IPv6 traffic on the network increased to six percent. This was mainly due to the fact that YouTube is live streaming some events in some countries.

Undoubtedly, the Internet is rolling towards 100% IPv6 adoption. It’s good to read that it’s happening smoothly and consistently, so any worries about running out of IPv4 addresses can be put to rest. To read more about Internet access, particularly in Utah, check out our blog post about Utah’s stellar rate of home Internet access, compared to the rest of the country.