The ECPA Modernization Act of 2017 is a new law being pushed by Utah Senator Mike Lee and others that seeks to enhance the privacy laws that surround email messages, and the ways that governments are allowed to view or confiscate them. 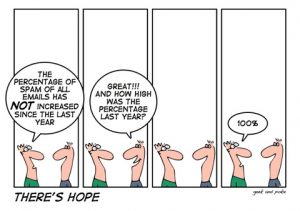 Email. It’s hard to believe that it’s more than phishing/spam from the supposed Nigerian Minister of Finance and the two secret fruits doctors won’t tell you about. In reality, email is a great tool that many of us use every day to communicate professionally and quickly with other individuals and businesses. We use it to sign in to our Netflix accounts, and everyone has that one email account that they never check but always use to sign up for newsletters for that discount. But who else reads our emails?

Until now, the federal government could, without us knowing.

With a simple written statement that declares an individual’s email messages necessary to an investigation, law enforcement can obtain access to any American’s account. Obviously, people have tried to get around this by hiding emails on a secret server, or deleting emails before law enforcement can read them. This has worked for some, but not all.

This could all change, with a new bill in the Senate that calls for reform of email privacy and seeks to protect the correspondence of America more judiciously. Very judiciously, in fact, as the ECPA Modernization Act of 2017 requires a court-ordered warrant for emails to be accessed by law enforcement. ECPA stands for Email Communications Privacy Act, which was a law passed in 1986.

Definitely seems like time for an upgrade, especially since the law was passed more than 30 years ago. Senator Mike Lee (R-Utah) and Senator Patrick Leahy (D-Vt.) are the two legislators pushing the bill. It’s not the first time they have tried to push this upgrade to the ECPA, though. In 2015, they pushed a similar bill, but it was met with some opposition in the form of Senator John Cornyn (R-Texas). Cornyn’s additions to the bill killed its progress. When asked about the new bill, he commented that his “hope is we can negotiate something that serves the need of law enforcement as well as privacy interests of the public.”

Leahy responded to questions about working with Cornyn again, saying, ““I’m always willing to talk to people, but I tend to take a pretty strict view on that.” The Vermont and Utah Senators are not looking to fail this time, and are willing to do whatever it takes to ensure the passing of this bill.

So what does this mean for the private sector, and for the American individual? Cyber security is always on the forefront of our minds, and email privacy is a big part of that. Currently, governments can access your email, and not even tell you they did it. Not only that, they can prevent email service providers from notifying you as well. There is no point to cyber security if laws prevent us from being private and secure. We encourage you to research more and make an educated decision on your support of this bill.