When people think of the majority of costs of data centers, they might first think of security or personnel, the network, or new hardware. In reality, one of the biggest costs for all data centers is cooling. We know that as computers work harder or the longer they work, the temperature of their internal hardware increases. When you have servers racked on top of each other, and rows and rows of racks, that extra heat from operations can make a whole room degrees hotter than it would be otherwise. Traditionally, in between server racks is very hot because the heat from the servers is expelled behind the rack, into the aisle between racks. To help servers stay cool and in turn extend their life spans, data center operators invest a lot of money in cooling systems and infrastructure to cool the entire server room. 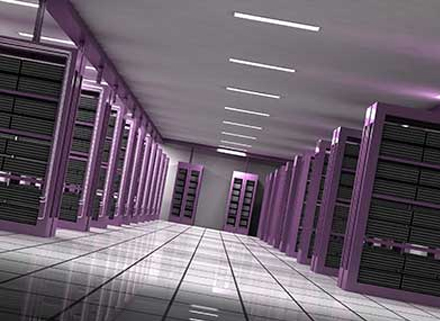 One data center has claimed that it has implemented the world’s most efficient cooling system in its server room. The integrated energy technology company Inertech has partnered with the construction company Skanska to build a new and more efficient than ever cooling system in the company’s Danbury, Connecticut data center. Guests being led on a tour of the facility were asked to walk through the aisle, in between two rows of 60kW server racks that were both full of operating servers. The guests reported feeling no difference between walking through the rack aisle and the air-conditioned room they were waiting in before the tour began.

So how does it work? It’s not as though Inertech simply cranks up the A/C to make sure servers aren’t overheating. The company has named their system the eOpti-Trax and it uses air circulation to cool the aisles, which also reduces the energy consumption of the whole system. Usually, data centers are cooled by raising the floor then using an under-floor air distribution system to push cold air from the vents up to the server racks. That means using lots of energy to run heavy fans to move that cold air.

Note: Keep cool under the pressure of business meetings and investor pitches by having them in a professional virtual office suite, not in your basement office. Call Fibernet today to set up your virtual office.

What the eOpti-Trax system does instead is work from inside the server rack, out. The system puts a 1.25-inch cooling coil inside the rear wall of the server rack. The coil doesn’t use a compressor, which most data center cooling systems use (which in turn consumes a ton of water and increase costs). In Inertech-run tests, the company reports decreasing the aisle temperature in a server room from 160 degrees Fahrenheit to 75 degrees Fahrenheit. The system uses two fans to pull hot air out the front of the rack, where the temperature is much cooler.

Inertech reports that the system only uses .5 watts of energy to cool a three hundred watt server. A traditional cooling system uses ninety watts to cool a three hundred watt server. Finally, the system claims to use eighty percent less water that the average cooling system in place, in your average data center. That green factor alone might be enough for data centers to implement it, and entice more customers for being environmentally friendly.

This cooling system is being currently offered as a prefabricated modular (PFM) data center, so customers can add what they need, when they need to. Although the cost may be reduced because the whole cooling system is more efficient, some analysts think that the modular construction will be a barrier to entry. Currently, there seems to be a lot of interest for that in the industry, but not much adoption. That looks good for the eOpti-Trax system’s future, if it can just get there.

To read more about data center technology and implementation, take a virtual tour of the Fibernet data center.