Despite having the most IPv4 addresses left out of any region in the world, North America trades the most IP addresses between organizations.

As the number of IPv4 addresses runs out, markets all over the world are scrambling to snatch up the last of the address blocks. Companies and organizations are buying up addresses from other companies and organizations to accommodate future growth. Originally, IP addresses were doled out as needed from regulatory groups, but as the surplus gets smaller and smaller, more and more companies needing addresses look to big companies with extra unused addresses instead of the regulatory groups handing out new addresses. 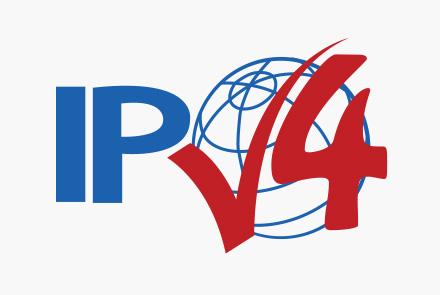 The American Registry for Internet Numbers (ARIN) is the Regional Internet Registry (RIR) for North America. One group slates that there are forty million IPv4 addresses left, whereas another group counts one hundred million addresses left. Either number, whether forty million or one hundred million, is substantially more than any other region in the world, and addresses are still being given out freely by ARIN. Interested parties at Syracuse University in New York and the Delft University of Technology in the Netherlands examined the records from three of the five RIRs in the world that let people transfer IP addresses from company to company. How it usually works is that a company that has extra addresses it would like to transfer to another company returns the addresses to the RIR and then the RIR redistributes the address space in question to the interested party.

Note: Companies and organizations want to make sure there are enough addresses to go around, but it's important that residential customers can also access the Internet. Try out the super fast Fibernet residential Internet today.

Unfortunately this is no longer possible for the Asia-Pacific Network Information Center (APNIC) which has less than seventeen million IPv4 addresses left. Organizations are now only allowed to receive one last set of IPv4 addresses before they run out in the region. The Réseaux IP Européens Network Coordination Centre (RIPE NCC) in Europe is now also in the same boat, as of last week.

Instead of going through the proper RIR channels, these areas are now forced to seek out others who are just sitting on unused addresses and buy them, to make sure they can keep growing their businesses. Researchers examined the shortage in the time period of 2009 to mid-2012, expecting to see lots of trading activity happening in the APNIC region, but none in the ARIN, since the RIR for the region still has gobs of IPv4 address space left.

The results were surprising. Those examining the transfers did find that there were 191,744 transfers in the APNIC region in 2011, and 713,216 in the first half of 2012. However, the surprise came when they found that there were 821,504 transfers in the ARIN region in 2011 and 4.22 million IP address block transfers in North America in the first half of 2012. The research is presented in a paper titled, “Dimensioning the Elephant: An Empirical Analysis of the IPv4 Number Market.” The paper predicted that “at the ISP level, a functioning market won’t form at all, or will break down very quickly after it forms.” This was confirmed with the data from the APNIC region. But all the evidence of transfers from the ARIN region points to the exact opposite of this hypothesis.

Another interesting piece to the puzzle is seeing the pricing information of the IP addresses being transferred. Organizations can get addresses from ARIN for next to nothing, and although not all address sale information was published, some cases found companies paying $10 per addresses to get blocks of space from others. In the paper, one example is highlighted where a company paid enough money for a space of addresses that would’ve covered the ARIN fees for the same number of addresses for eighty-six years.

The findings are intriguing to say the least, but despite the shortages worldwide, solutions like network address translation (NAT) are protecting end-users from noticing a shortage from their ISPs. Additionally, all regions are moving forward to IPv6 addresses (which you can read more about in one of our previous blog posts) which will create more space for growth in the future as more and more Internet-able devices are being manufactured and purchased.