Note: Verizon and its partners are tied up in courtrooms, but aren't letting it affect their business. Don't let your lack of office space get in the way of growing your business. Rent a Fibernet virtual office space today.

Verizon has entered into a deal with other major cable providers like Cox and Comcast which has some worried that home ISP competition will take a hit.

Last December, Verizon spent $3.6 billion USD to buy wireless spectrum from multiple cable companies. Naturally, antitrust concerns came to the forefront of the deal immediately from Verizon’s competitors. T-Mobile tried to stop the deal from going through, afraid that Verizon would have an unfair advantage in the process of establishing an LTE network. In reality, the biggest concern overall was the question of whether Verizon and its new found cable partners could create packages in such a way that would eradicate competition for home Internet users between Verizon FiOS and cable. 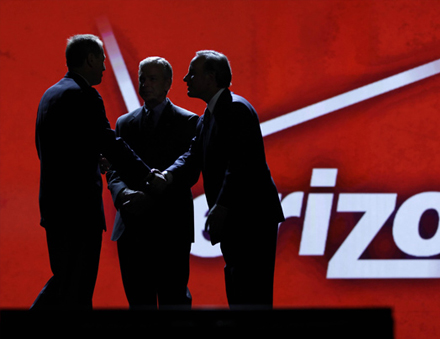 Verizon bought airwaves from SpectrumCo, which comprises Comcast, Time Warner Cable, and Bright House Networks. Additionally, there was a side deal that included Verizon, Time Warner Cable, Comcast, Bright House Networks, and Cox Communications. This side deal specified “a series of commercial agreements that require the companies to sell each other’s products and create an exclusive technology research joint venture,” said the Justice Department. This brought up the fear that the deal was saying none of these companies would compete for Internet users in what was considered one company’s particular territory.

The agreements were reviewed and today US officials gave the okay to Verizon to move forward as planned. It’s worth noting that the government did put some limitations on the commercial agreements between the companies to make sure there are alternatives to home Internet that users can choose between. That ensures there will be some competition which in theory benefits customers the most with lower prices. The limitations added by the Department of Justice (DOJ) mainly address areas where Verizon’s Internet FiOS is already in place. In regions where FiOS hasn’t been installed yet, Verizon is free to simply re-sell other’s cable products.

Note: There might be a lot of controversy about home Internet at the moment, but know that business Internet from Fibernet will always be on, and will always be high-speed so you can serve your customers and grow your business.

Despite the DOJ giving its approval, separate US officials went ahead and filed an antitrust lawsuit today against Verizon and all involved cable companies in their current deal. Analysts are already predicting that the lawsuit won’t last long, due to the DOJ already approving the details of the contracts. Even though the Department of Justice has approved everything, it is still clear that Comcast and Verizon are making out very well in this, whereas their competition will be feeling the hurt. Comcast released a statement which included the point that Verizon will be able “to market products in virtually all of our footprint.” Many are still concerned that this will result in a lower quality of products and services but at inflated prices.

As another step towards preventing that from happening, the DOJ has said that Verizon’s ability to sell cable services in regions of the nation where Verizon still sells DSL will end at the end of 2016. However, that can be renewed, at the discretion of the DOJ. This still means that Verizon has an incentive to not further its high-speed Internet service, FiOS, and instead simply reduce competition by re-selling services. At least one public interest group is still fighting the decision, despite the “closing” of the case.

The group, Public Knowledge, released a statement saying, “The proposed conditions on this transaction attempt to alleviate some of the harms that will arise from a lack of competition, and policymakers deserve credit for trying to make the best of a bad deal. However, it is not enough for the anti-competitive cross-selling agreement to be limited in time or scope – it should not happen at all.” Many are saying that should this deal go through unchanged, it would be the downfall of the Telecommunications Act of 1996, which was written to prevent a monopoly in the communications market.

To read more about high-speed Internet, check out our blog post about how the FCC has found that ISPs are actually providing their promised Internet speeds most of the time.