The U.S. Army is looking to step up its recruiting game in the cyber security world. If you’re a cyber expert, they want you to join the next elite cyber-soldier force! 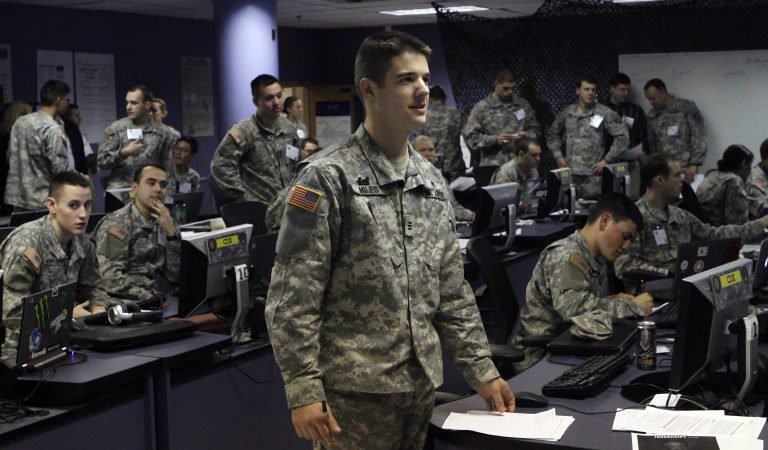 The United States military is the premier armed force in the world. As I reflect on Veteran’s Day, I thank my Grandpa, my best friend, and many others for serving our country so that we can enjoy the freedoms we do, like writing a cyber security blog, or eating a hamburger anytime I want. Thank you, Veterans.

For those of us who aren’t veterans, but maybe want to be, here is your chance. The Army is looking for recruits to become a part of one of the elite special forces groups. No, it’s not the SEALs, or the Rangers, or Delta Force. It’s the cyber-soldiers. And they are prepared to pay top dollar for anyone who wants to join.

When I first heard about this team of super hackers, I wrestled with the image of Cipher from Fast and Furious 8 (Charlize Theron) wearing fatigues, but I decided it would be closer to the Avengers, a mismatched bunch who swoop in and defeat the terrorist hackers for America. Which is it?

For starters, it’s the elite of the almost 9,000 uniformed soldiers currently serving, with an expertise in cyber security and/or hacking. That’s an incredible amount of personnel since the creation of it’s “cyber-only” soldier group, which consisted of just 6 officers. Beyond soldiers, there are contractors, civilians, and local nationals hired all around the world, working with the Army to defend from cyber threats. In total, there are almost 19,000.

Does the U.S. Army want you?

General Mark Milley recently gave a speech, calling for heavier recruiting of cyber experts. Here’s what BreakingDefense.com commented on his speech: “To speed up recruiting, Gen. Milley wants to bring in cyber experts at a higher rank than fresh-out-of-ROTC second lieutenants – say, as captains. Such “direct commissioning” is used today for doctors, lawyers, and chaplains, but Milley notes it was used much more extensively in World War II, notably to staff the famous Office of Strategic Services (OSS). Why not revive that model? “There’s some bonafide brilliant dudes out there. We ought to try to get them, even if it’s only 24 months, 36 months,” he said. “They’re so rich we won’t even have to pay ’em.”

There is a shortage in the business world for cyber security experts, so the Army is going to have to fight for them. They do have patriotism on their side, and you’ll probably get into a little better shape. But while they desperately try and snag the best and brightest, so does everyone else. How can they stay ahead of the game, and ahead of competing and potentially dangerous nations? Bounties.

The Defense Department hosted 3 events last year for the general public, Hack the Pentagon, Hack the Army, and Hack the Air Force, all of which were competitions where they paid people to discovers bugs for them. They reported a total of about 500 bugs, and the DoD paid out about $300,000. According to the hosts of the programs, HackerOne, that’s “millions less” than historical security programs.

If you want to serve your country, or maybe be able to say that you “hacked the Pentagon”, the Army will pay you a lot of money to do it. Check them out!