While Donald Trump’s hotels are suffering a credit card breach, the President of the United States has other cyber security issues to worry about, like a proposed cyber security unit made as a collaborative effort between Russia and the U.S. The public, and Utah congressmen, do not seem impressed. 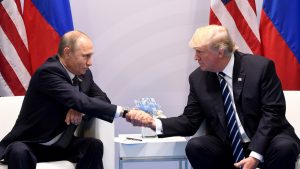 President Donald Trump is one of the most public and scrutinized figures in the world, and with good reason. He is known as a shrewd businessman, a brash spokesperson, and a volatile politician. His tweets and commentary are known to be bold and often outlandish. He invents words like “covfefe”, regularly hates on the “fake news”, and no one knows if he is repairing or ruining relationships with other countries. He recently talked about sharing cyber security secrets with a major hacking nation. He also owns a hotel chain that has experienced three credit card breaches in the past two years.

For someone seemingly so concerned with cybersecurity, he has grossly overlooked a real problem. In all fairness, Trump has more pressing responsibilities that come with being President of the United States. He has relinquished his roles of leadership in the Trump Organization to his son, Donald Jr., but he still has his name on the building, and it still affects his legacy.

Trump has been in the news recently for his talks with Russia about a cyber security deal. Two weeks ago he met with Russian President Vladimir Putin at the G20 Summit to talk about creating a collaborative unit to fight cyber crime and prevent tampering with election results. In a tweet, Trump said that he discussed creating this “impenetrable cyber security unit” with Russia to prevent “many other negative things” from happening.

Putin & I discussed forming an impenetrable Cyber Security unit so that election hacking, & many other negative things, will be guarded..

He received a lot of criticism from both political parties and the general public, most astounded that he would consider sharing sensitive cyber security information with a country where so much cyber crime originates. Among criticizers are Senator Orrin Hatch, R-Utah, and Rep. Chris Stewart, R-Utah, who in an interview with KSL Newsradio, stated why Trump should not be considering this.

“They’re the most aggressive, most effective cyberattackers in the world,” Stewart said. “Why in the world would we think we could partner with them and bring them into any part of our security access on that. I don’t think the president was serious about that.”

Donald Trump is our President, and as such, should be given proper respect. However, here’s why the U.S. should not collaborate with Russia over cyber security: Russia is a haven for hackers. In fact, according to Computer Weekly, this is exactly the truth. Though the Soviet Union was dissolved, internet control has still been on the high-priority list. Every little kid knows that when you tell someone to not do something, they try and do it. Enter a huge following of amateur and professional Russian hackers.

Though the government puts restrictions on internet use, it doesn’t retaliate as harshly as some might consider necessary. Many are also concerned that what we share with Russia will simply be stolen by the hacker population, and used again the U.S. to hack government and private agencies and businesses alike. Whatever Trump plans to do with cyber security and Russia, individuals and businesses should seek to maintain the best possible cyber security profile they can.