Utah Is Second In the Country for Home Internet Access

The U.S. Census Bureau released a report Monday confirming that Utah is #2 in the nation for the highest number of citizens with home Internet access.

Lots of different things come to mind when people think of Utah: the Winter Olympics, Mormons, Arches National Park, the Great Salt Lake, etc. But what might not be at the top of everyone’s list, but is just as prevalent in Utah life as those items, is residential Internet access. 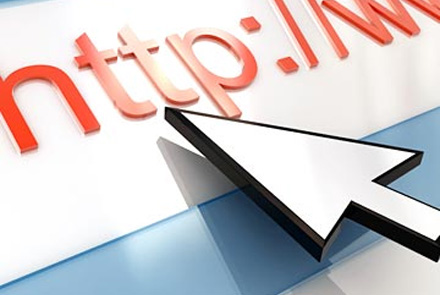 One member of the internet service provider industry was quoted as saying “It’s almost to the point that you can’t even do homework for elementary school without Internet access. A lot of school districts put their homework assignments online and expect students to do a lot of their research on the Internet.” Aside from the educational and work requirements that come from expecting the Internet to be everywhere, there are many recreational applications as well. For example, NBC is going to have just about every Olympic event for the London 2012 Olympics broadcast online. The vast majority of Utah residents will be able to watch those if they so choose. And of course, the Internet and the games aren’t limited to computers, but can be watched on the plethora of tablets and smartphones that are also taking advantage of all of the residential Internet connections in the state.

Note: At Fibernet, we’re big on keeping things local. That’s why we have a data center right in Utah Valley to offer local businesses a neighborhood colocation service. Check out our services and prices today to find the best colocation option.

Released on Monday was the 2010 survey of home Internet statistics, from the U.S. Census Bureau, which was the survey that reported the latest percentages of Internet usage per state. A more recent study was conducted last year by two technical organizations within the U.S. Department of Commerce about the same usage statistics. It found that Utah was actually number one in residential Internet access and that New Hampshire was number two. Regardless of the hard data, both states have reported an increase in making the Internet available to all homes in each respective state.

One factor that Pam Perlich, a University of Utah research economist, believes contributes to our high Internet per home rate is that Utah also has the youngest population of any state in the nation. On average, younger people are more likely to use the Internet more frequently and more importantly, they are more likely to feel comfortable on the Internet, compared to their elders. Perlich says “There’s a generational shift in Internet skills and involvement in social media.” However, she does acquiesce that tablets and simplified online design have made the World Wide Web easier to use for people of all ages.

Perlich went on to add that Utah has a “pretty good Internet infrastructure in the state.” Most Utah residents are found on the Wasatch front which was one of the first regions in the state to get Internet access, due to high demand and the plethora of high-tech research firms and companies that started there. Of course, many know the illustrious history the state has with the Internet in general. It was the University of Utah that was part of the original four-university network that comprised the very beginnings of what in time became known as the Internet. The other universities in the network were UCLA, Stanford, and UCSB.

To read more about business in Utah Valley, check out our blog post about Fibernet’s recognition in the local BusinessQ magazine.