Cyber security is one of the fastest growing industries in the world and will be creating millions of jobs in the upcoming years. Growth is due to the rapidly increasing rate of cyber crime worldwide. 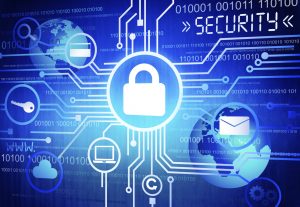 Cyber security is quickly becoming a major industry. It’s expanding in so many ways and creating new jobs everywhere. Companies both old and new are hiring cyber security experts and analysts and doing it at a rapid rate, more than 80% per year.

Maybe everyone tells you that their industry is the fastest growing in the U.S., but let’s take a look at the numbers. According to Forbes, Computer Systems and related industries are the number one growing industry by sales in 2017. This includes cyber security analysis, software development, and threat mitigation.

By job creation, the budding marijuana industry boasts more than a hundred thousand jobs openings this year, with more to come. A small victory, when CSO magazine reports more than 350,000 jobs this year. It also says that this number will multiply by ten, and increase to 3.5 million jobs available by 2021. The U.S. Census Bureau projects the population to be around 335 million in 2021, meaning that more than 1% of all jobs in the US will be cyber security positions.

There are currently 5.5 million people in the U.S. who want a job. How about giving one to more than half of them? That’s what it could be like. At the very least, it’s interesting to put in perspective, that the cyber security industry is growing so quickly, that literally there will be millions of jobs created.

Why are there so many? Because by 2021, cyber crime is projected to cost the world $6 trillion. The recent WannaCry ransomware attacks alone caused losses of almost $4 billion according to CBS Money. That was one attack. A big one, but just a single attack. Imagine if a cyber attack similar to that happened once a month, or once a week. Cyber crime is growing at a rapid rate, and future attacks are imminent.

Online presence is critical for any business, but that means potential vulnerability as well. Every industry is affected in some way by cyber crime, and is in need of cyber security. Don’t believe me? Check out this post about Chipotle. All they do is sell burritos, right? Wrong. Target, Subway, Barnes&Noble, and other large corporations have been victims of cyber attacks. Small businesses are not exempt either. More than 50% of all malware and phishing attacks are geared towards small businesses, according to Symantec.

Businesses aren’t the only targets. Anyone can be targeted, and anyone can be a victim. Ransomware attacks victimize anyone, and often charge a small amount, due to trends showing that people tended to be less willing to high ransoms. More than 50% of all email in the world is spam (no wonder you always get so much). 1 of every 482 emails includes malware. Social Media scams have steadily increased every month for the past 2 years.

With so much criminal activity on the internet, it’s no wonder cyber security is the fastest growing industry in the world. If you are looking for a career change, or a new field to study, or a new, potentially lucrative job to learn, look no further. Well, keep looking, just look for cyber security-related jobs, because they are out there, and looking to hire you.